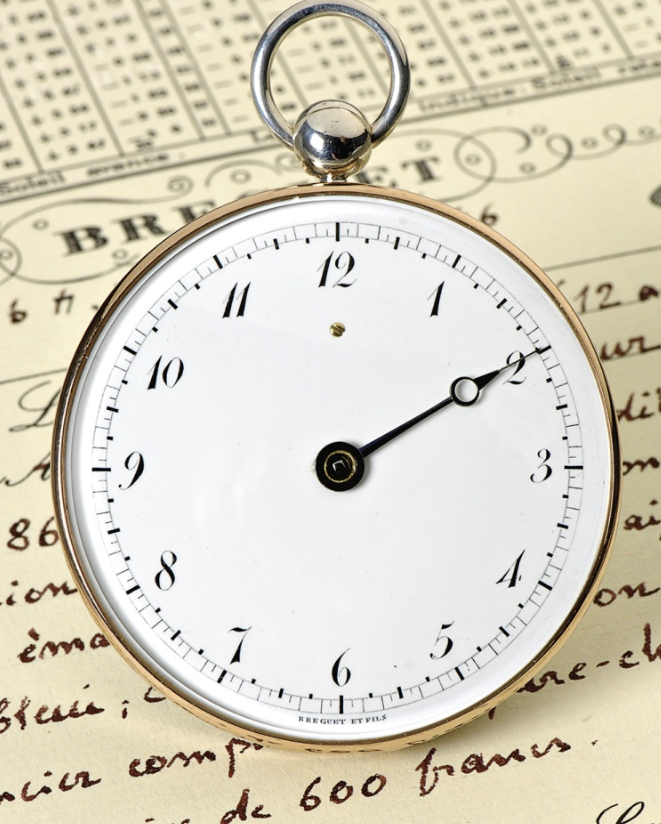 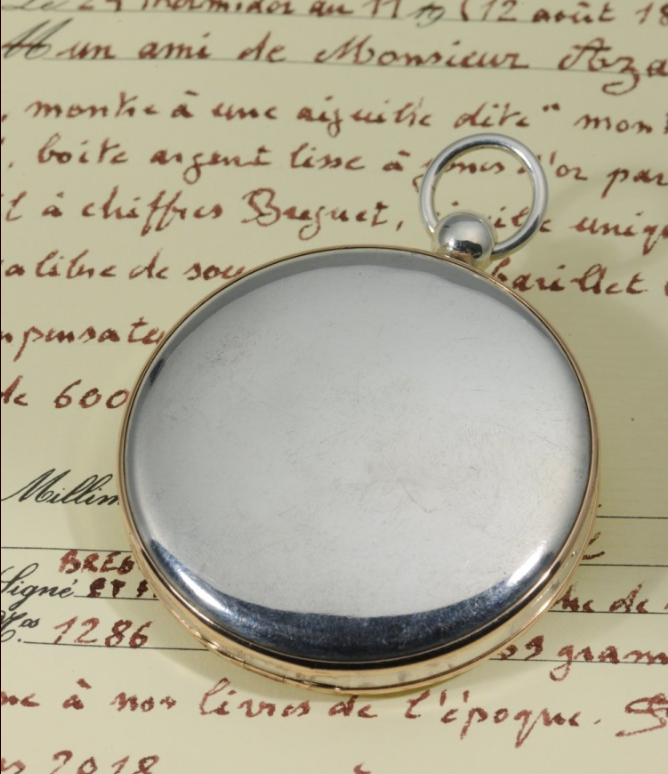 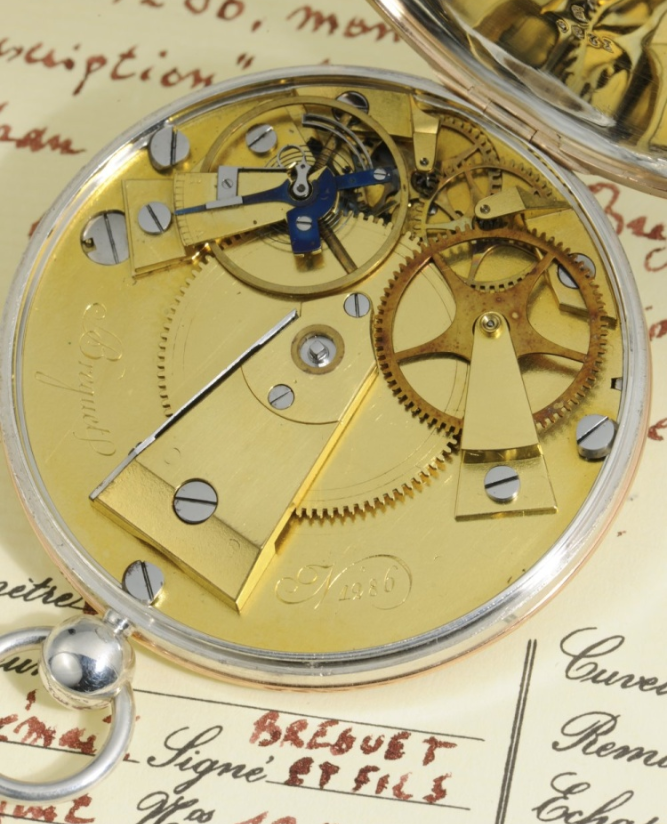 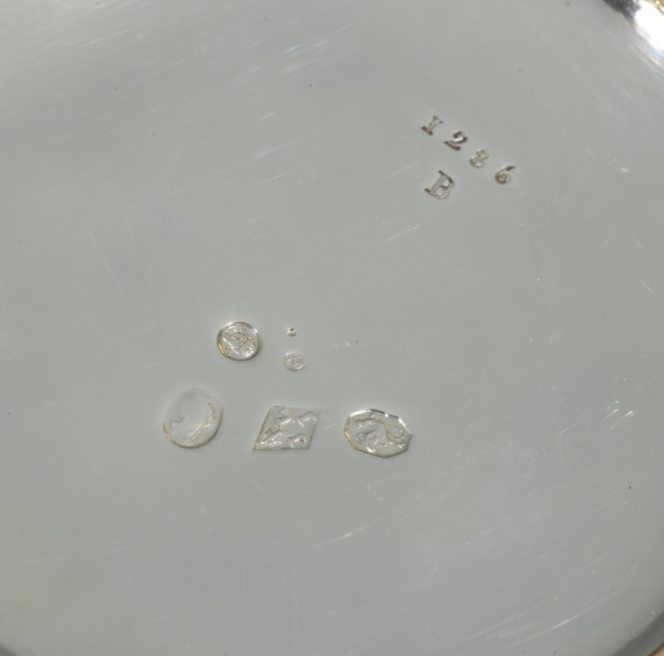 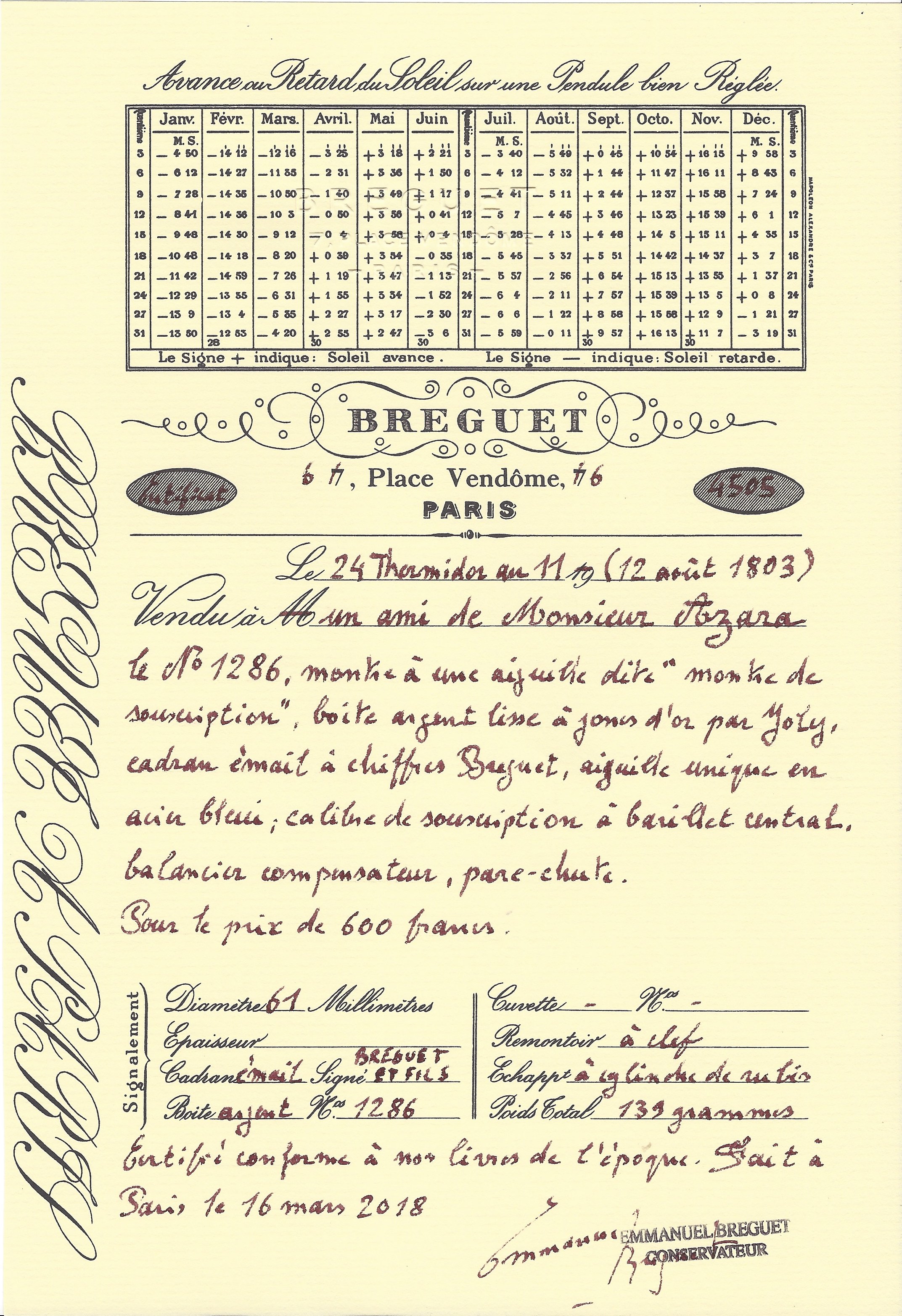 An important, large Breguet « Montre de Souscription » with ruby cylinder escapement and cylinder made by Abraham-Louis Breguet himself (noted in the company records as « Cilindre B ») – sold to a friend of Monsieur Azara on 24 Thermidor An 11 (= 12th of August 1803) for 600 Francs – with certificate no. 4505

He was appointed in 1765 Spanish agent and procurator-general, and in 1785 ambassador at Rome. During his long residence there he distinguished himself as a collector of Italian antiquities and as a patron of art.

In March 1798 he became Spanish ambassador in Paris. In that post it was his misfortune to be forced by his government to conduct the negotiations which led to the Treaty of San Ildefonso, by which Spain was wholly subjected to Napoleon. Azara was friendly to a French alliance, but his experience showed him that his country was being sacrificed to Napoleon. The First Consul liked him personally, and found him easy to influence. Azara died, worn out, in Paris in 1804. His end was undoubtedly embittered by his discovery of the ills which the French alliance must produce for Spain.

His younger brother Félix de Azara (1746–1821) was a noted naturalist in South America.

In silver, with the gold rims being the only decoration, the souscription watches were of a large diameter allowing the enamel dial to be divided in such a way that both hours and minutes could be read from a single hand. The movements had a single plate, the spring barrel mounted in the centre and the wheels elegantly positioned and retained by bridges. The single hand was driven directly off the barrel arbor, eliminating the motion work and the intendant friction, and the ruby cylinder escapement was fitted with a parachute (shock protector) and a compensation curb to assist in correcting temperature errors; features that were the norm for all of Breguet’s first class watches. To further reduce the selling price, Breguet decided to produce these watches in small series (between 12 and 20 examples at a time), with the buyers paying an account of 25% in advance and the balance on completion. Hence the term: de souscription (by subscription). The success of these watches enabled Breguet to both reestablish his business, which had understandably been badly affected by the French Revolution and his exile in Switzerland, and to finance much of his research into other areas of horology.