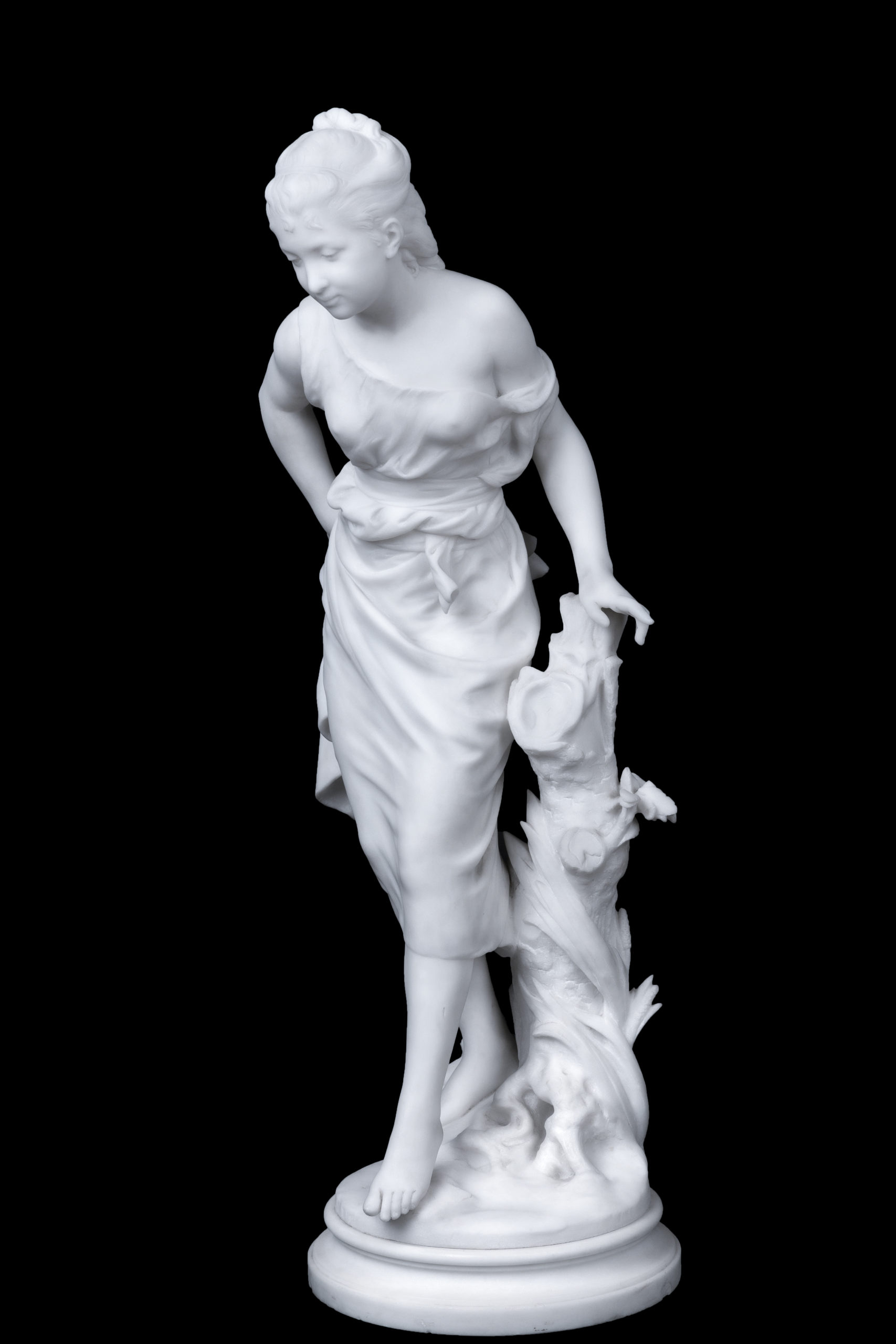 This graceful marble sculpture by Mathurin Moreau depicts a young woman preparing to dip her foot in the water.

This graceful white marble sculpture depicts a young woman preparing to dip her foot in the water. She is dressed in a diaphanous robe that shows the contours of her body. One of her hand rests lightly on a tree stump adorned with reeds to maintain her balance.

Signed «moreau.math.», the Young Bather is a sculpture of the famous 19th and early 20th century French sculptor, Mathurin Moreau. He was the first son of the well-known French painter and sculptor « Jean-Baptiste Moreau ». In addition, he had two younger brothers, Hippolyte and Auguste who were also great sculptors. Moreau is known for his gracious and elegant female figures. He won the second « Prix de Rome » in 1842 and several other honours and awards during his life, including the gold medal at the World Exhibition in 1889 and the ‘Hors Concours’ at the World Exhibition in 1900. Moreover, Moreau worked on many public monuments and is represented in several museums. For example, you can find his arts in the « Musée d’Art Décoratifs », in Paris which is dedicated to the exhibition and preservation of the decorative arts.

Towards the end of his life, Moreau became the mayor of Paris’ 19th district where the Moreau family’s contracts with the major Parisian bronze foundries enabled them to produce large numbers of bronzes d’art. This was not the case with marble sculptures, which are much rarer.