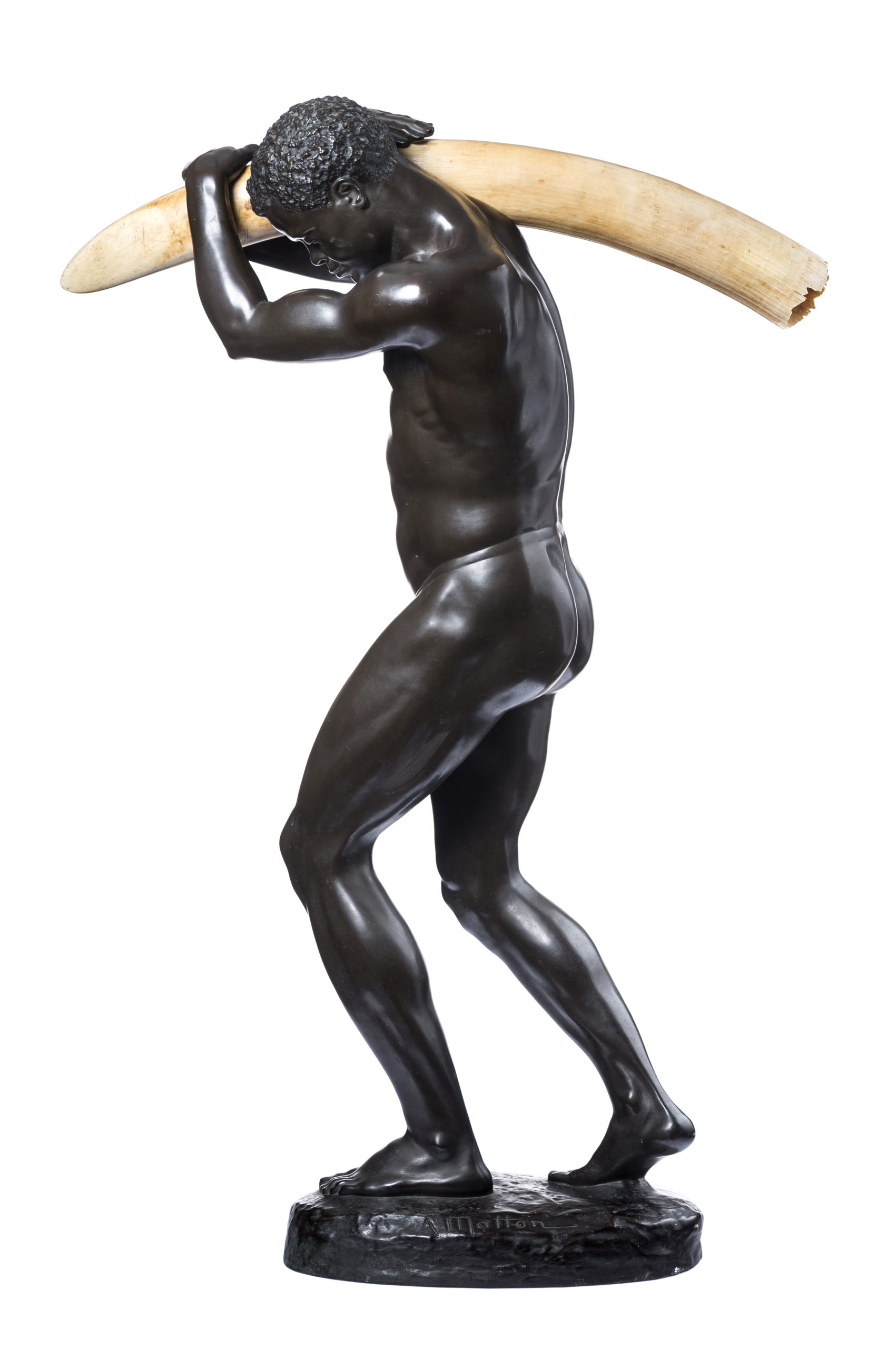 This chryséléphantine bronze sculpture depicts a nude Congolese male figure carrying an ivory tusk. Sand-cast in bronze, the figure has a brown patina finish. Most sculptures by Matton are very small, and although this model exists in several smaller sizes, large pieces such as « The Ivory Carrier » are very rare and almost unique.

Arsène Matton was born in Harelbeke, Belgium in 1873. After studying at several Academies (Courtrai, Gand, Malines & Bruxelles) he started to exhibit in the greatest Salons, after which he was commissioned by the state to create several sculptures for important monuments. From 1911 until 1937 he was a professor at the « Académie des Beaux-Arts de Bruxelles » (The Belgium Academy of Fine Arts) and became the first national colonial artist commissioned by the Colonial Office and the King Leopold II to study the ethnic characteristics of the different tribes in Congo. Today, several sculptures by the artist are on display in some of the most important museums in Belgium.

Arsène Matton used his own foundry to make this bronze sculpture. There are, as far as we know, never foundry marks on Matton’s sculptures.