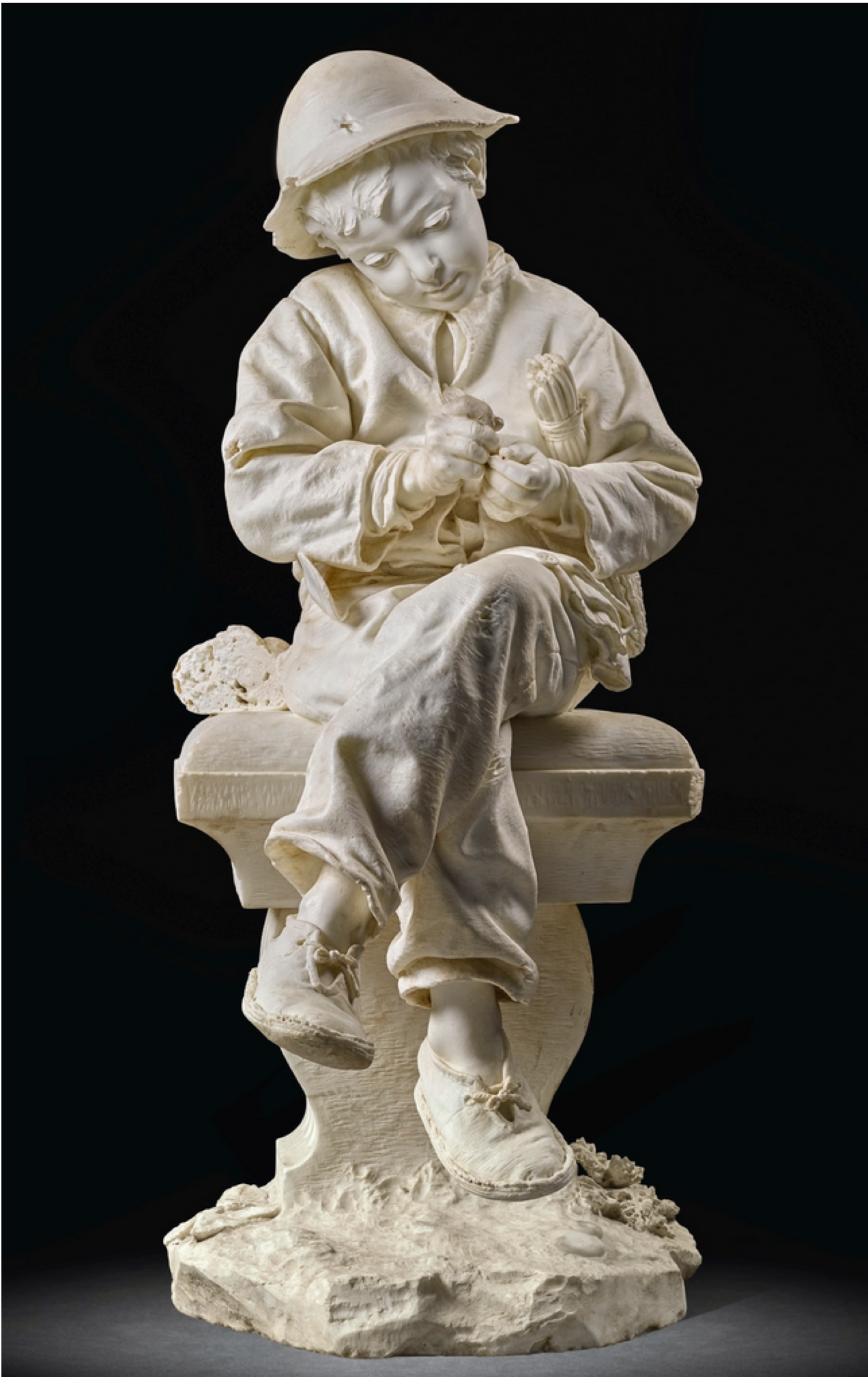 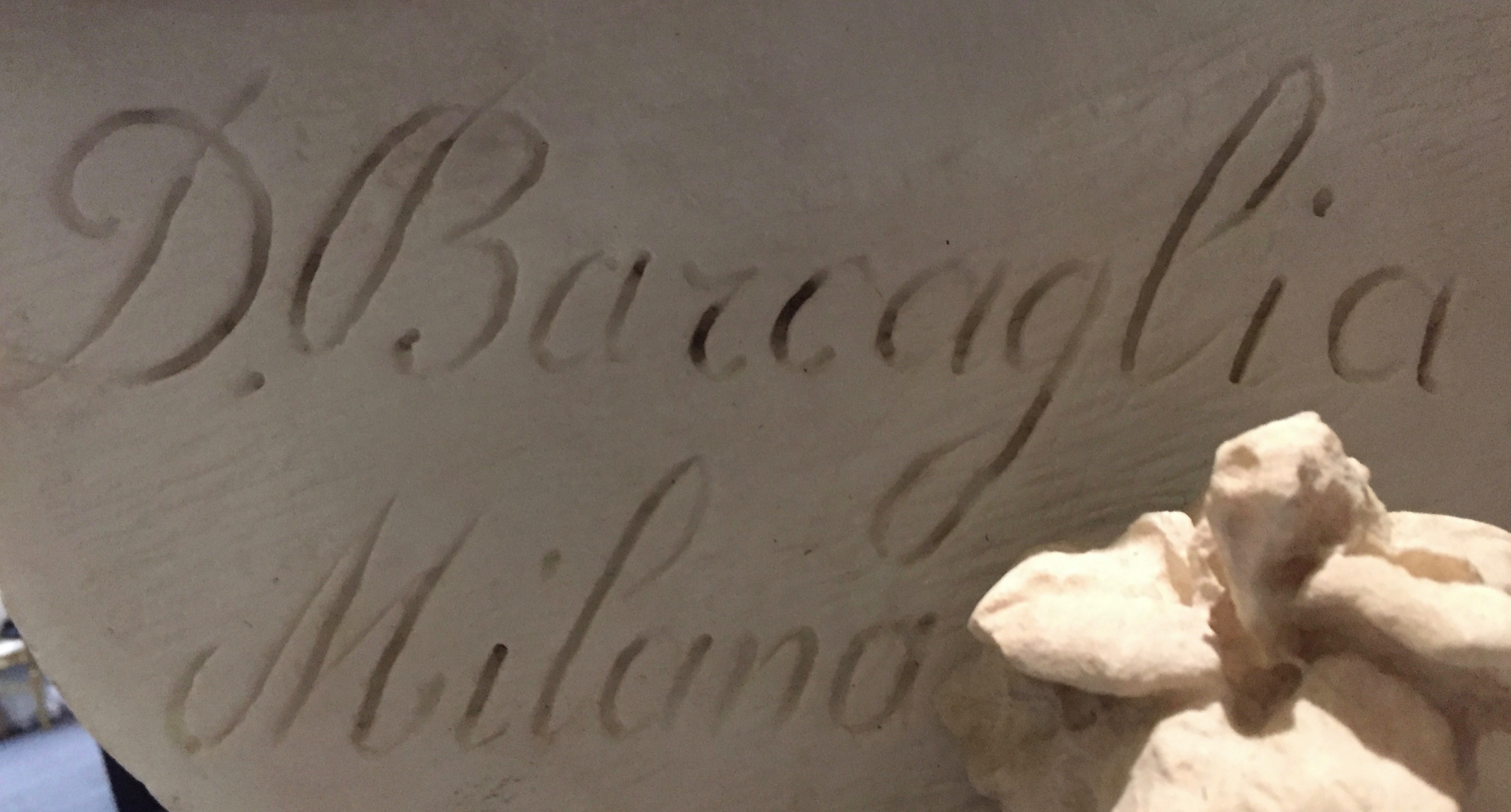 The present marble exemplifies Barcaglia’s preoccupation with beautifully carved and highly realistic genre subjects. A poor boy in worn clothes with his handmade broom under the left arm and a scraper under his right arm, takes his lunch break. There is a piece of bread close to him on the couch. Meanwhile he sews a loose button on his vest. Details: The realistic depicted worn clothes with holes and repairs. His far too small shoes where his heels pierce. The sculptor’s virtuoso treatment of marble is showcased in the naturalistic detail of the boy’s clothes and shoes, and the moss growing on the base. A variant of the model, in which the boy is polishing his shoe, is a popular feature in Paddington Gardens in Marylebone.

Donato Barcaglia (1849 Pavia – 1930), born in Pavia, trained in Milan and Rome. During a period of outstanding technical accomplishment in marble carving, Barcaglia was renowned for the exceptional quality of his work in this medium. The last vestiges of neoclassicism which influenced his early work were soon replaced by a personal form of verismo. Following early successes such as that of his Vendemmiatore, which he sculpted at the tender age of seventeen and which was installed in the Palazzo Reale in Milan, the sculptor exhibited to great acclaim in Europe and America. His work brought him to exhibitions as far afield as Boston, Philadelphia, and Buenos Aires. Far from turning his back on his native Italy, Barcaglia also executed several public monuments for Milan and its surrounding cities.

End of the 19th century.