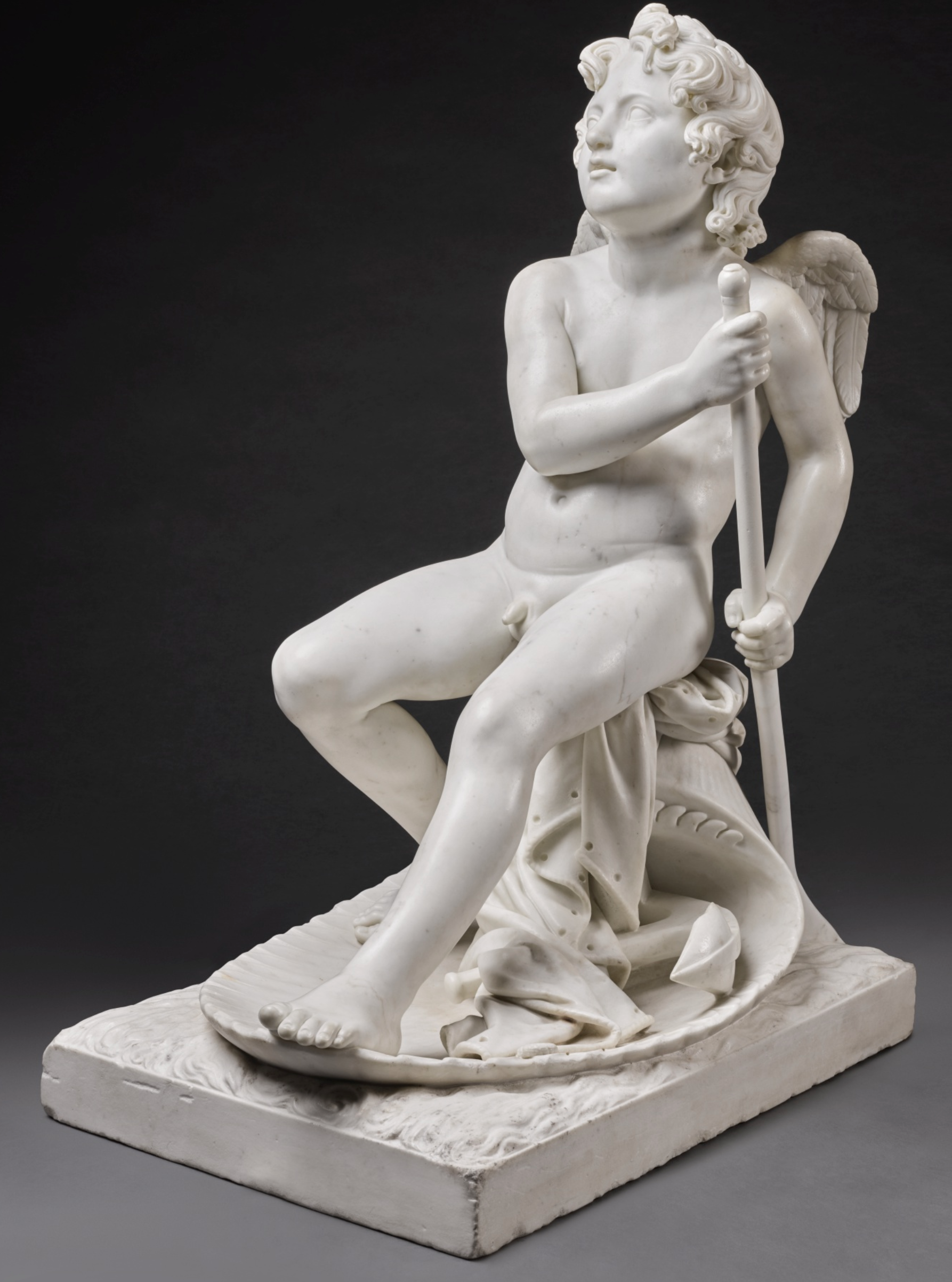 Impressive marble sculpture representing the allegory of the sea by depicting a Cupid braving the current in a small shell-shaped boat. 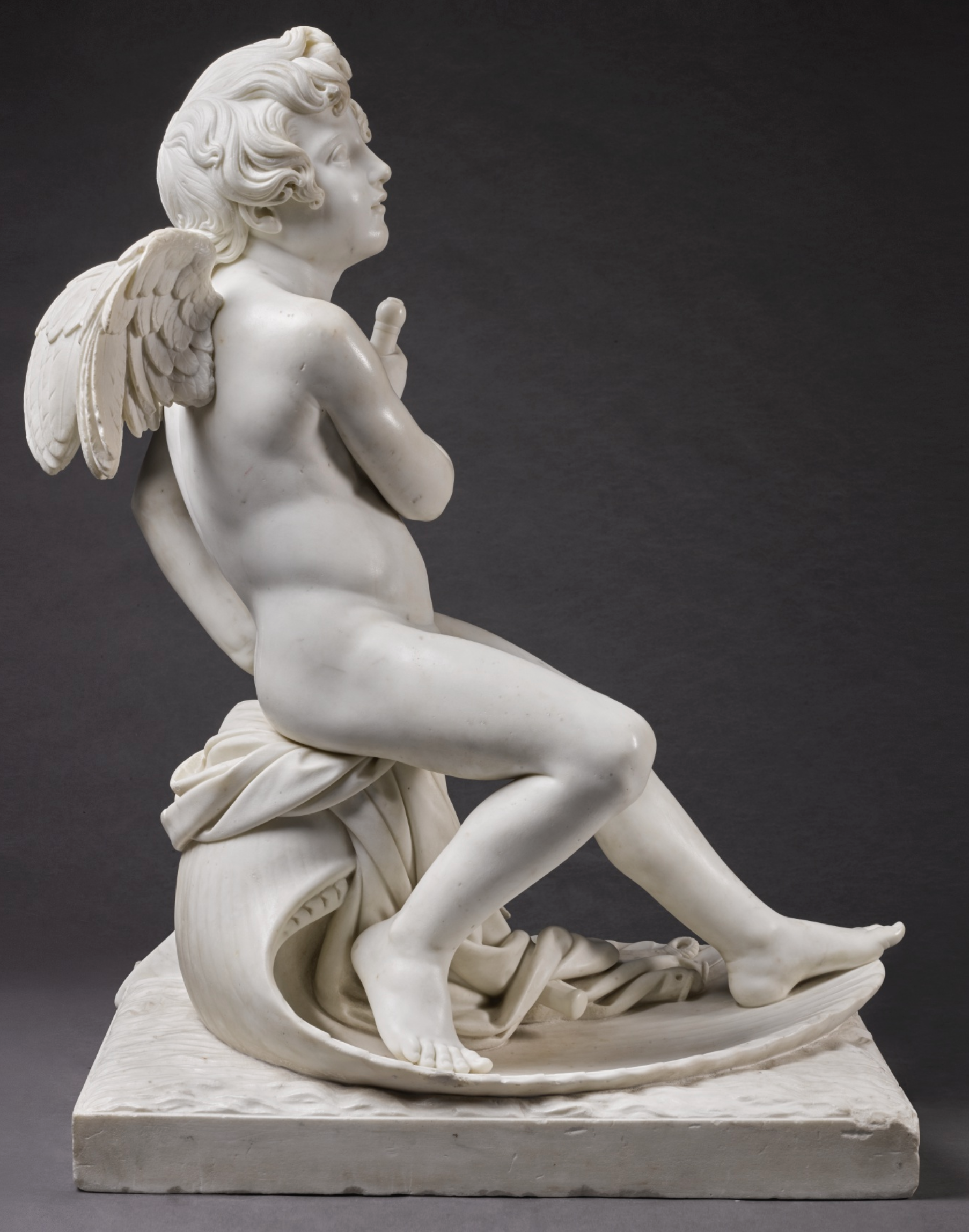 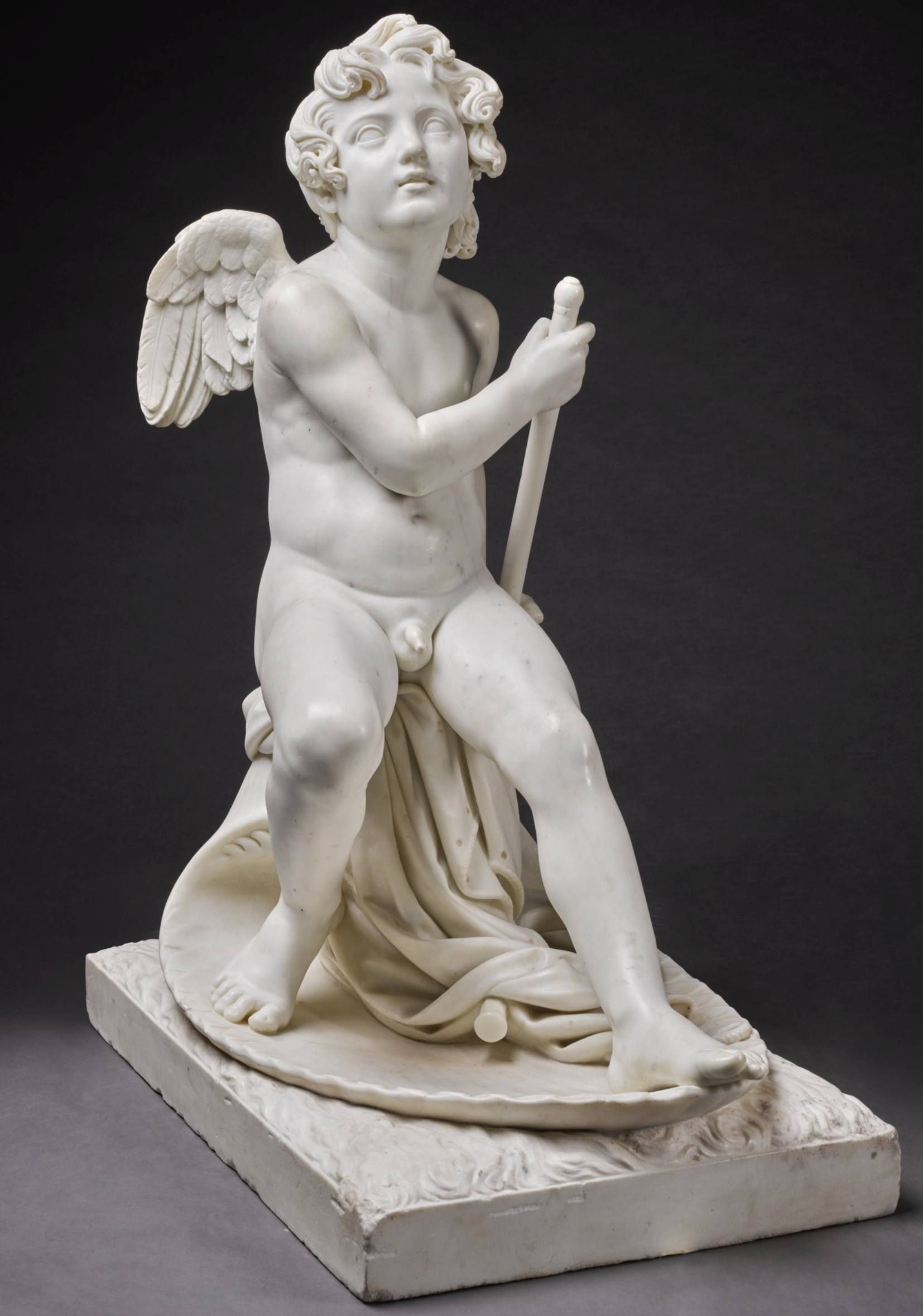 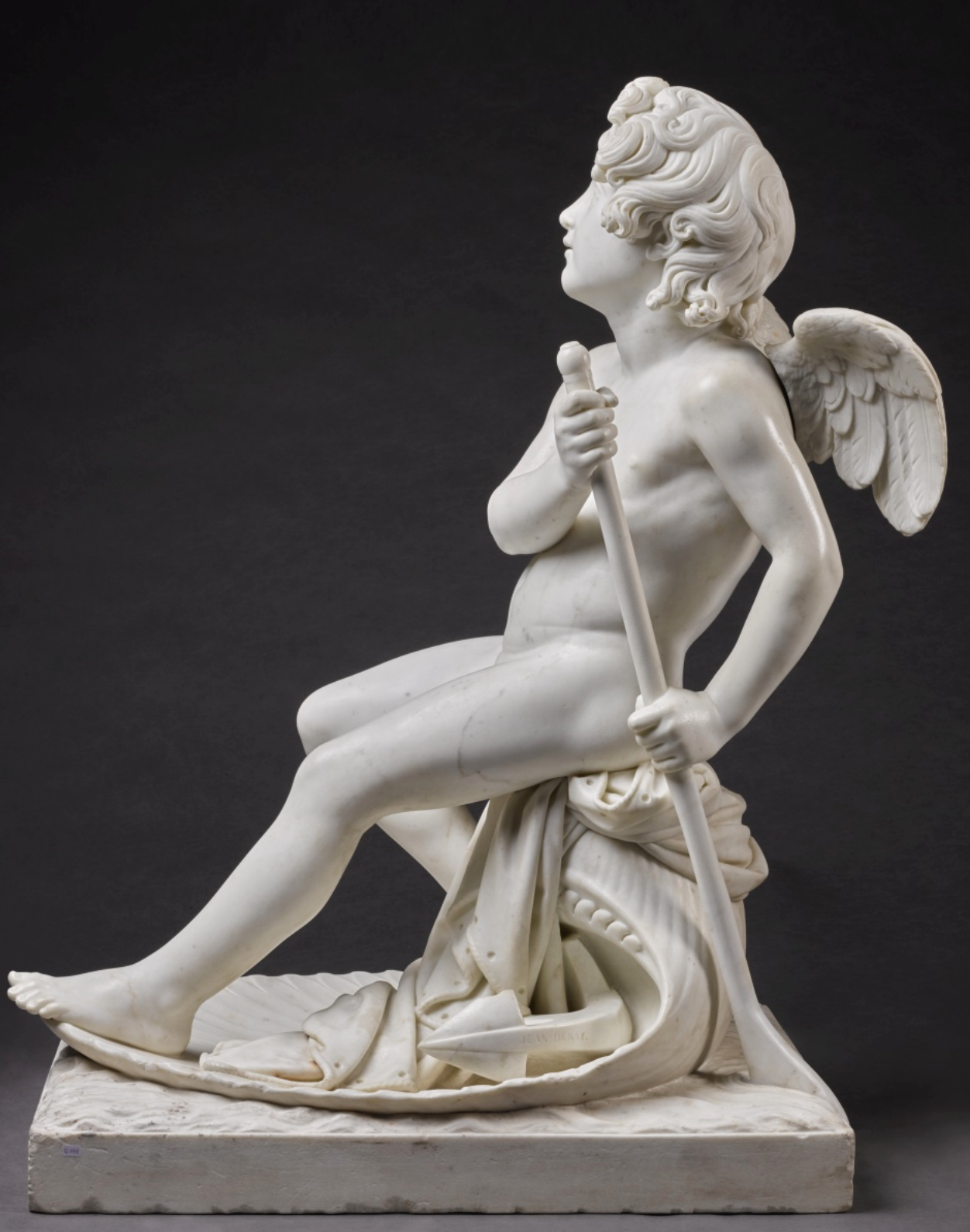 Impressive marble sculpture representing the allegory of the sea by depicting a Cupid braving the current in a small shell-shaped boat. He steers with an oar, sitting on a folded sail next to an anchor. Cupid’s determination to follow his own course and speed, with no desire to stop, may allude to the persistence of love against all odds.

Part of the marble sculpture was created and exhibited, unfinished, in Rome in 1832. It was then sent to Paris on the 15th of June of the same year to be exhibited, still unfinished, at the Petits-Augustins in Paris.

The next year, in 1833, the sculpture was exhibited for the first time completely finished at the Paris Salon where it was immediately bought by the Amsterdam banker Mr. Hoppe.

With the same name as his sculptor father, Jean De Bay was born in Nantes on 31 August 1802. A pupil of his father and Baron Bosio, he entered the École des Beaux-Arts on the 22nd of December 1820. After receiving the most prestigious medals at the Academy, in 1823 he won second place for the Prix de Rome with a sculpture using a bas-relief, and first place, in 1829, with a sculpture depicting the Death of Hyacinth. He had already exhibited at the 1819 and 1827 Salons and had made bronze bas-reliefs for the church of Saint-Sulpice as well as two statues commissioned for Russia.

When his time as a boarder in Rome was over, he returned to Paris where, until the end of his career, he regularly sent works to the Salon. He worked for the Louvre Palace, the Hôtel de Ville and the churches of Madelaine and Saint-Eustache. The statues of General Cambronne and Marshal Oudinot, the former erected in Nantes and the latter in Bar-le-Duc, can be attributed to him. He also produced the figure of Anne of Brittany, in the Jardin du Luxembourg, and a bronze group in the park of the Château de Compiègne. Today several of his works are preserved in the Museum of Versailles.

Jean De Bay received a first class medal in 1836 and a second class medal at the Universal Exhibition in Paris in 1855. He was made a knight of the Legion of Honour on the 25th of May 1851.

He died in Paris, at his home, 75, rue Notre-Dame-des-Champs, on 7 January 1862, leaving some sculptures unfinished, which were ultimately completed by his brother Auguste De Bay.